The University of Copenhagen (UCPH) is recognized by the European Commission for its commitment to fostering good working conditions and career development for researchers by complying with The European Charter for Researchers and the Code of Conduct for the recruitment of researchers (ECRCC).

This recognition for UCPH’s ‘HR Excellence in Research’ is due to the work of the process defined by the “Human Resource Strategy for Researchers (HRS4R)”. HRS4R is a tool that helps research institutions and funding organizations on a voluntary basis to comply with the 40 principles of the Charter & Code (C&C) by way of an internal self-assessment.

It is not a prerequisite for participating in the EU Research Framework Programme, but the acknowledgement of the university and the award of the logo is linked to the compliance of article 32 of the H2020 contracts/projects, providing the obligation to take measures to implement C&C for the benefit of all researchers and their institution.

As a holder of this acknowledgement, UCPH will continue to participate in national and European evaluation and benchmarking exercises. The recognition followed the submission of the UCPH Action Plan on July 2015 to the European Commission.

In June 2017, UCPH reached step 4 in the HRS4R-process, and forwarded an internal review (self-evaluation) of the Action Plan to the Commission. At the same time, UCPH filled out a checklist for implementation of the ‘Principles of Open, Transparent and Merit-Based Recruitment (OTM-R)’ on UCPH.

In December 2020, UCPH continued with the cyclical HRS4R process by preparing for the Internal Review Visit to be able to receive an Award Renewal. UCPH added an OTM-R policy, which is embedded into its HR strategy and action plan for the years to come.

The background for the HRS4R-proces is the EURAXESS-strategy and the award "HR Excellence in Research" which identifies the institutions and organizations as providers and supporters of a stimulating and favorable working environment.

The European Commission launched in 2005 the ECRCC as part of the establishment of a common European research to support a strong research area in Europe and to meet the potential serious shortage of researchers, which could be identified according to the Commission. The Initiatives is part of the efforts to establish a functioning and open "European Research Area" called "ERA", under the Lisbon process to create jobs and growth in Europe.

In the period from autumn 2013 to summer 2015, UCPH thus worked on the HRS4R process. A working group consisting of representatives from the scientists in the Corporate Collaboration Committee (HSU) and representatives from the senior management worked in the fall 2013 on identification of which target areas and priorities UCPH as part of HRS4R process should have a special focus on.

The working group partly choose to bring new stakes and targets to the Action Plan, however also picking- up targets and stakes that were already in the pipeline, but not yet in process. Since then, UCPH and the Commission have been in an ongoing dialogue to clarify and accurately describe the processes UCPH has had in relation to the choice of priorities. Why was it exactly career paths, career, women, leadership and academic freedom that were chosen? How did researchers at the University helped to decide this?

The first Working Group consisted of:

Furthermore, the Internal Gap and the Action Plan was discussed and consequently adjusted at a hearing process involving all the members of the General Collaboration Committee at their meeting on 26th of February 2014.

The Working Group and the General Collaboration Committee have assessed the 40 principles of the GAP-analysis. The principles are in all to a large degree implemented as practice and fields of improvements that UCPH and the faculties are already working on as part of the general organizational development and general improvements of practice in research and as part of HRM practice at UCPH.

All current and future projects and actions undertaken are embedded in specific working groups, where participants in each group are carefully chosen to reflect UCPHs immense diversity. Each group comprises of different people representing a variety of different faculties, gender, age, professional background, and experience and knowledge on the specific topic. An important focus is that PhD-students, postdocs and other employees are involved in the development of procedures, guidelines and can share best practices. 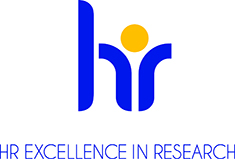